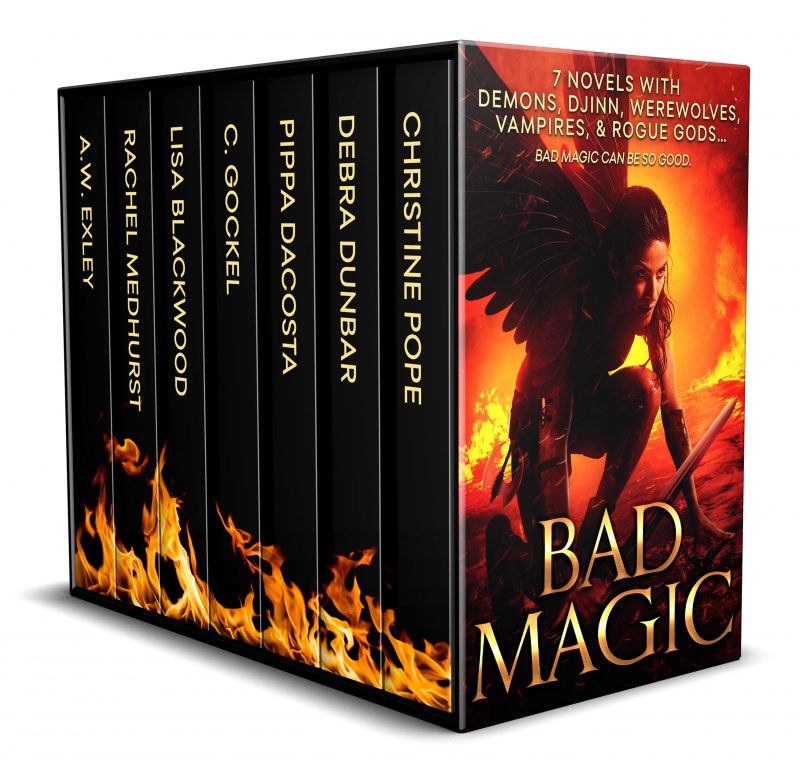 Bad magic can be so good...

These 7 full-length novels of paranormal romance and urban fantasy will keep you on the edge of your seat and up past the witching hour. Black magic, adventure, and romance…they’re all here.

Something this good can’t last forever…download this set before it’s gone!

When a fatal fever nearly wipes out the entire world's population, the survivors of what became known as "the Dying" believe the worst is in the past ...

Solaria Ainsworth was born a Templar, destined to take up the mantle of responsibility and duty as her family’s Order had done for hundreds of years.

Except she refuses to take her Oath of Knighthood.

Beyond the Veil by Pippa DaCosta

Muse must decide whether to trust a Prince of Hell, or the assassin sent to kill her. Little do they know, she's more dangerous than both.

When Amy prays for help, Loki the Norse God of Mischief and Chaos, isn’t the savior she has in mind.

The Last Necromancer by C.J. Archer

For 5 years, Charlie has lived as a boy in the slums, but when she's arrested, her only means of escape lies with raising the dead. Now people are hunting her for her necromancy, but only one man succeeds in capturing her: a man known as Death, as compelling as he is frightening.

1861. In a steam and mechanically powered London, feisty Cara Devon uses her dead father's secret notebook as a guide in her pursuit of powerful ancient artifacts.

For Thor to Live, Thunder Hunter must die. For a thousand years, Thor's power has been inside Trygger. Can he finally defeat the Fallen Ones to give it back?

Order Now!
About the Book
“I have always loved these magic stories. I feel like I can immerse myself in the world of the fae or werewolves and other characters from one plane of existence to the next like a traveler. I have read several of Christine Pope novels and continue to search her out in these box sets.”—Amazon reviewer