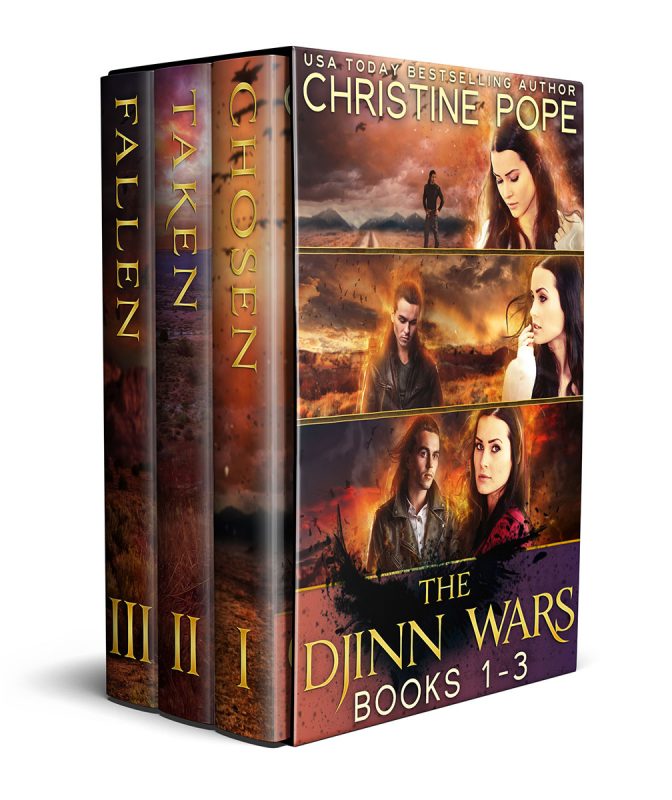 When a fatal fever nearly wipes out the entire world's population, the survivors of what became known as "the Dying" believe the worst is in the past. Little do they know…

In the aftermath of the Dying, survivor Jessica Monroe searches for sanctuary in a world unlike any she's ever known before. As fear and isolation envelop her, Jessica encounters the sensitive and helpful Jace, who she believes is another survivor. But Jace has a past and secrets of his own that's he not ready to disclose. Soon Jessica realizes that the destruction of humanity might actually be the first step in a larger, more complicated plan -- a plan that may very well involve her. Struggling to discover her role in a terrifying new world where everything has changed, she must decide who she can trust. But is the price for that trust just too high?

The choice is hers...
Live life alone, or risk everything for the djinn man she loves?

Jessica Monroe's time is running out. A survivalist group is intent on eradicating Jace and all others of his kind, and it's up to her to rescue him from the stronghold of the Immune. With the survivors developing a weapon that could quite easily tip the scales in the war between human and djinn, Jessica is determined to save the man she loves -- even if means betraying what's left of humanity.

Would you sacrifice it all for the man you love?

When a group of rogue djinn attacks Taos, Jessica Monroe has no choice but to activate the device that was created to rid the elementals of their supernatural powers, even though the machine's very existence threatens to ruin the lives of her lover and friends.  It's up to Jessica to launch a desperate mission to retrieve the one person who can help: Miles Odekirk, the mastermind who created the device.

The threat of retaliation by the Los Alamos survivors is not the only danger Jessica must face. Enemies lurk around every corner, and when an ancient rival returns to carry out his own revenge, Jessica may have to make the ultimate sacrifice to save the man she loves, as well as the entire Taos community, human and djinn alike.

“This was an experience beyond belief! I couldn’t stop reading this series from beginning to end!!! A must have for any library!”—Amazon reviewer