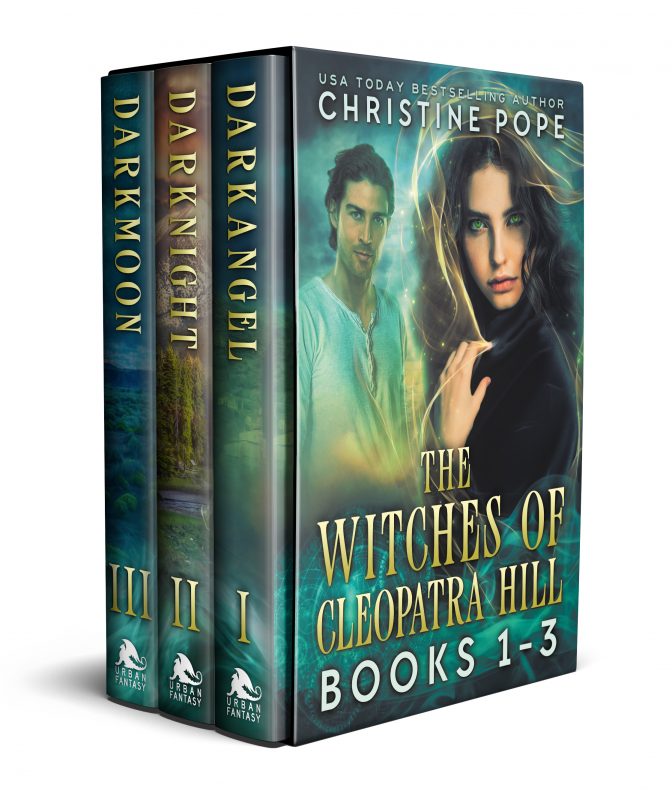 Ancient curses...family feuds...finding a happily ever after can be a real nightmare for the modern witch!

DARKANGEL:
As the future prima, or head witch of her clan, Angela McAllister is expected to bond with her consort, her soul mate, during her twenty-first year, thus ensuring that she will come into her full powers at the appointed time. The clock is ticking down, and her consort has yet to make an appearance. Instead, her dreams are haunted by a man she's never seen, the one she believes must be her intended match. But with time running out, and dark forces attempting to seize her powers for their own, Angela is faced with a terrible choice: give up her dreams of the man she may never meet and take the safer path, or risk leaving her clan and everyone in it at the mercy of those who seek their ruin.

DARKNIGHT:
Kidnapped by a rival witch clan, Angela McAllister envisions a dark future for herself until she discovers her captor's brother is the unknown man who has haunted her dreams since she was a child. Forced to re-evaluate everything she's ever known about the Wilcox witches, Angela begins to explore the powerful connection that binds her to Connor Wilcox, despite the generations of hostility between their families and the disapproval of those closest to her. And when a dark, malignant force arises, Angela knows she must draw on her growing powers as prima to protect enemies and allies alike...even if her choice threatens to tear her new and fragile love apart.

DARKMOON:
One hundred and fifty years ago, a terrible curse descended on the Wilcox clan, dooming generations of women to an early death should they bear a child to the bloodline of Jeremiah Wilcox. Now Angela McAllister is carrying Connor Wilcox's child, and if she can't find a way to break the curse, that same doom will fall upon her. The solution to her dilemma lies somewhere in the past — her own, and that of the woman who cast the curse so many years before. Angela's quest to find the answers she needs will transform the lives of everyone she knows, Wilcox and McAllister alike, and will forever change everything she has ever believed about herself.

“Totally hated to stop reading this, but needed the sleep! Picked it back up in the a.m….just got done. Wonderful characters, amazing plot and storylines were so blended, one heck of a great book to read. All three books kept me a willing captive until I found out who, what, when, where and how! Don’t miss the enjoyment, read this collection. You will love it!”—Amazon reviewer